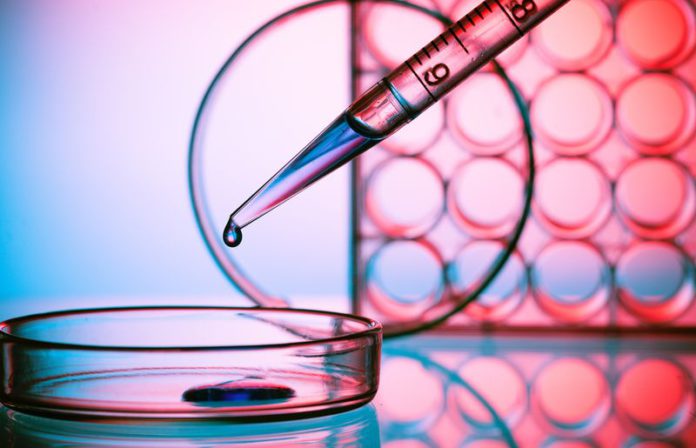 Companies are getting used to assessing safety of chemicals under REACH by alternative approaches and in vitro methods but the number of studies on animals is still high in UE. By the second registration deadline of REACH, registrants are intensifying their use of alternative methods to animal testing, as ECHA reports in its publication The Use of Alternatives to Testing on Animals for the REACH Regulation. According to the report, 7939 new experimental studies were conducted for those endpoints which may involve testing on vertebrate animals, by 1 October 2013. Out of these, 3052 are in vitro tests and 4887 are experiments on animals. The total number of new experimental studies identified after the 2013 registration deadline has more than doubled when compared to data published in 2011 (7939 and 3340 tests conducted, respectively). Referring to the new studies, a number of 1952 has been conducted on genetic toxicity in vitro, that represents around a quarter (24.6%) of the totality of studies, in line with the first report. Other in vitro studies have been carried out for the endpoints of skin corrosion/irritation (682), eye irritation (353), skin sensitization (54), bioaccumulation acquatic/sediment (3).
Use of alternative approaches
The main findings of the ECHA’s report show, first of all, that sharing and joint submission of data on intrinsic properties of a substance continues to work well: 90% of registrants fulfilling the information requirements jointly, avoiding unnecessary animal testing; for that purpose companies are also making full use of the adaptations outlined in REACH Annexes VII to XI. In addition, registrants started to take up new or revised in vitro methods for skin and eye irritation endpoints; furthermore, third parties frequently send scientific comments on testing proposals published on ECHA’s Website. The building of categories and predicting substance properties by read-across were commonly used for fulfilling the information requirements, consistent with the findings of the 2011 report. We asked the toxicologist Costanza Rovida for a comment on companies facing their obligations under REACH. She works in REACH Mastery to assist companies in the REACH setting; she is also a member of CAAT-Europe, Center for Alternatives to Animal Testing. «Data entry by registrants has got improved: compared to the previous registration deadline, there have been less mistakes in submitting dossiers. Considering new experimental studies, the number of in vivo studies has been lower than the expectation. Indeed, registrants made greater use of alternative approaches such as read-across or weight of evidence. In particular companies took advantage of read-across, even if sometimes the use has resulted a bit forced, in order to conduct new studies only after a specific ECHA’s request. The use of in vitro methods has increased too. Despite that, animal testing is still largely used. Even, registrants commonly resorted to animal testing for those endpoints for which alternative in vitro methods are available; this is unacceptable».

Animal testing still widely occurs
According to ECHA’s report, the total number of new unique studies conducted for the endpoints of skin corrosion/irritation was 973 new experimental studies of which 291 (30%) were on animals. Regarding eye irritation, there were 848 new experimental studies found in ECHA’s database, 57% of which were in vivo tests; 93% of the 775 new experimental studies on skin sensitisation were performed on mouse or Guinea pig. In the industry obsolete ideas about in vitro assays still remain and obstruct the use of alternative methods in routine practice, Costanza Rovida considers. «Referring to skin irritation, for instance –she says, -many toxicologists in the companies think they would have to repeat the skin irritation test using in vivo methods if the in vitro test produced a negative result. But that’s not true: the Annex XI of REACH prescribes that negative results are not accepted if obtained by not validated methods, which is not the case of skin irritation that is fully validated. Although ECHA says that the Agency’s priority in the coming years will be on alternative approaches and testing strategies, they should do more to bring the companies up to date about the validation progress of in vitro methods. Moreover, at the moment there is not implementation of penalties in order to punish useless animal testing. I think ECHA should at least reject dossiers based on animal testing if a validated in vitro method is available, asking to perform and add the in vitro test».
In order to promote the 3Rs in the safety assessment of chemicals, the JRC has just published the report Alternative methods for regulatory toxicology – a state-of-the-art review, focused on «non-standard» methods and non-testing (computational) approaches. Using alternative approaches and in vitro methods is common in cosmetic industry because of the animal testing ban set forth under 1223/2009 Regulation on cosmetic products. This provision is influencing cosmetic industry and its supply chain to some extent. «The animal testing ban has impacted strongly on companies whose main business is the development of totally new raw materials for the cosmetic industry -Rovida reports, -because there is a lack of alternative methods for some systemic toxicity endpoints. Considering cosmetics manufacturers, the main difficulty is drawing up the Product Information File, because the 1223/2009 Regulation on cosmetic products requires the NOAEL for each ingredient. Calculation of the NOAEL is now fully based on animal tests and there are not alternative methods to assess it. This is a problem for all new ingredients. At the moment Safety Assessors of the companies are taking on responsibility».

COSMETIC INDUSTRY AND REACH
The impact of the REACH Regulation on cosmetic industry is not completely known. Although this Regulation came into force in June 2007 al lot of cosmetics SMEs in Europe don’t know their obligations under Reach. Manufacturers of finished cosmetics products are impacted by REACH and have responsibilities in fulfilling requests of this Regulation. Costanza Rovida of REACH Mastery summarizes the most important ones. «Cosmetic companies in EU tend to neglect to check their obligations under REACH, but they should not. Every manufacturer who buys raw materials in extra-EU markets is actually an importer of chemicals. Each chemical substance or ingredient shall be submitted to registration with ECHA if the annual tonnage of the substance exceeds 1 ton. EU cosmetics manufacturers or importers have to ensure that all ingredients, either in cosmetics formulations or finished products imported in bulks or packaged, have been properly registered by their suppliers as long as the tonnage of any single substance is above 1 ton per year. Non-EU companies may appoint a REACH only representative to submit registrations. Furthermore, some cosmetics manufacturers are considered, according to REACH, chemicals manufacturers if they produce plant extracts using any technique other than cold pressing with or without water».

ASIA IS MOVING TO NON-ANIMAL TESTING FOR COSMETICS
India bans the import of cosmetics tested on animals: the new rule, ratified on 14th October, will be effective starting from 13th November. After banning cosmetic testing on animals within the country, just few months ago, now India puts into effect a marketing ban on imported cosmetic products tested in vivo. This makes India the first south Asian country to have in effect a ban in line with those of the European Union and Israel. Adoption of in vitro methods is spreading across Asia. There is a great deal of effort by cruelty free international NGOs to fund training on non-animal alternatives in countries where in vivo testing is mandatory, such as Vietnam. Last April, Vietnamese government’s laboratory staff, under Vietnam’s Drug Quality Control division, was trained on alternative testing by the Institute for In Vitro Sciences (IIVS). As a consequence, Vietnam plans to phase out the Draize rabbit eye test for cosmetics and to move towards official validation of alternative methods for these products. Training programs by international organizations are changing approaches to safety assessment for cosmetic products in China too, so Chinese researchers are implementing in vitro methods skills. Moreover, Chinese Food and Drug Administration has removed mandatory animal testing for many domestically-produced cosmetics, those drawn on existing safety data for ingredients or assessed using EU validated in vitro tests. However, imported cosmetics still require animal testing.