Born with social media, influencers are individuals who can stimulate and direct the decisions of others. But in recent times, the social networks have imposed restrictions on these figures, are they still so powerful in addressing purchasing decisions today?
Influencer marketing is a discipline of the marketing mix of recent and full debut. Opinion leaders land online like users, companies and organizations, exerting an unrivaled influence in terms of absolute size deriving from the medium employed. Active customers follow influential subjects on their social media as their peers to be able to make decisions about brands and products; it is for this reason that the influencers are revealed as strategic resources for marketing that, by engaging them, can make the brand gain a form of validation. Influencer has also become a term of general use with which to identify the subjects that make the Web their amp to share contents on themes that are dear to them, and on which they possess a high degree of competence. In fact the name «blogger» has been replaced that of «influencer» in categories such as beauty, fashion, fitness, food, lifestyle, travel, especially when these subjects expand the catchment area of ​​their online diaries and their social pages thanks to performance of parameters such as the resonance between the audience, the propensity to virality and relevance, such as to allow them to successfully start real activities focused on their person. As evidence of the influence gained by influencers thanks to social media, in 2017 the US magazine of economics and finance Forbes, published for the first time in its history a list of Top Influencers of the Web.

Influencer
It is not easy to characterize the term «influencer», we must consider that the leadership enjoyed by online influencers lives a relationship of continuity with the role exercised by traditional media, but bearing the peculiarities typical of the digital environment. As happens in the offline world, the members of the same group (community or cluster) have a natural tendency to elect their own leader, who is chosen on the Web only on the basis of the value attributed to the information produced and shared with the members of his group of belonging. Another factor of legitimacy of its role is the need for users to choose a few authoritative sources in order to successfully manage information overload. Consequently, if the leader of a cluster or a community is also an authoritative source of information, we can deduce that an influencer is nothing but a new media, a real non-professional junction able to shape the perception of the reality of the members of its community, as it already competes with journalists or professional joints. So, we can say that ultimately an influencer is a person with influence in a certain community of people who share an interest. However, when it comes to using an influencer in the marketing mix to achieve business goals, the question is more complex. Marketing managers want measurable results and need to watch conversions directly and brand lift from influencer partnerships. Currently, influencers have the problem of demonstrating their influence on brands if they want to continue to get paid partnerships. Social media has been a Copernican revolution in communication and influencers have become an instrumental part of marketing. Influencers have been perceived as a lever to tap into to increase word-of-mouth marketing and eliminate the cost per customer acquisition. Initially the number of influencers was reduced, on all platforms, the partnerships were only paid to advertise products and brands and the return on investment was not monitored, while today social media are obstructed by influencers who deal with the most disparate subjects, but unlike a few years ago, life for this figure of the Web is not so simple. Change in social platforms Social media platforms are moving towards paid content, which means that an influencer’s reach is decreasing due to new algorithms to support impressions and increase paid content. Social media noted that influencers were making a lot of money thanks to their follow-up on their social channels, while social media did not earn anything. As a result, the social networks have changed the algorithms to combat the phenomenon, putting in trouble the influencers, even with thousands of followers. If an influencer is not able to demonstrate involvement in their posts, brands will avoid working with it, as a brand today pays close attention to the budget and pay only for a partnership that will almost certainly produce results. To stay in vogue, some influencers put in place dishonest behaviors remain relevant and fight the new algorithms. For this reason, the managers of company marketing must be vigilant. Another change that indicates the maturity of the market is that brands are adopting a data-driven approach to choose influencers. The desire for authenticity is undoubtedly the basis of this approach, which means that brands are eager to measure public insights to determine whether or not someone is suitable. This also means that a large audience does not necessarily point to an involved audience and, as a result, brands also look to medium- or low-level influencers with a small but highly interested group of followers.

Performance indicators
Typically, you can use different metrics to measure a performance, so you need to identify the most suitable ones. Usually a widely used metric is the engagement rate, to determine the popularity of an influencer. Today, it is important to analyze more thoroughly to find out how authentic the sequel is, since followers can be purchased for just a few dollars, so it is always necessary to check the followers, if they are real profiles, if they have already published, or simply follow the people, analyze if the demographics of the followers is in line with the influencer, otherwise you are dealing with probably false accounts. Finally, the influencer must share the values ​​and objectives of the brand, for example it makes no sense for a perfume manufacturer to create a partnership with influencers who also work with car manufacturers. An influencer is valuable to the brand when it believes in the product and wants others to try it, it is necessary to stop overstating the number of followers as an indicator of performance and to start evaluating the real effect that these individuals can have on purchasing decisions. Traditionally, the success of influencer marketing is measured with earned average value (EMV). This value compares how much it would cost to buy the same amount of attention and impressions of the media through advertising with respect to the influencer. However, there is no general formula for measuring EMV and the metric is completely arbitrary and provides an opaque view on how an influencer campaign was performed. The influencer marketing is a category of frontier between advertising and customer relations. Partnership is a business relationship, but you need to be aware of the fact that influencers are real customers and users of the product that the company sells. It means negotiating rates, expectations, timing, but also generating a process to help the influencer succeed. The influencer network should be diversified, it is important to work with influencers who have influence in different communities to make sure you reach all potential new customers and ultimately you should not be a victim of numbers, as an infuencer with less follower can be more persuasive than one with many more followers, with a lower cost for the company, it is about finding influencers with the right size for the product. The social platform on which to operate is important and also depends on how the influencer works, we must not focus only on a platform and work only with it. In order to monitor sales, providing a promotional code to an influencer’s followers could be a good solution, with a code and a potential sales gain, the influencer will commit to making the code a priority in its publications.

New algorithms
Social media is committed to fighting spam to make virtual space usable for users, to do so have invested millions of dollars to develop new algorithms to support communities, pay to play and paid ads and enhanced posts and fight the vast amount of spam and clickbait on social networks. With the new rules, the distinction between spam and regular and secure content has become less clear and influencers and marketers are struggling to be recognized as reliable by algorithms and not being obscured, influence marketing is a resource for brands, a way to talk about the brand and its products. If an influencer fails to demonstrate his results to the brands he works with, he is in serious difficulty, resulting in a whole host of inappropriate behavior and leading to the emergence of «fake» influencers who buy a follower or engagement to create appearance who still have a following. Companies need to create a synergy between paid content, non-paid social content and content produced by the Influencer. The latter will base their profits on commissions for the creation of content, while the brands will have to take charge of the dissemination of content allowing influencers to gain visibility by competing with a small expense on their part.

INFLUENCER MARKETING SCENARIOS
About half of professionals say that product launches are the main scenario for which they implement campaigns of influence. This category is followed by influencer collaborations for events and content promotion. Sample lending and gifting has once again the most used tactics by fashion, luxury and cosmetics professionals when they are involved with influencers. The preferred platform is Instagram which is still more than twice as popular than any other channel; about 40% of professionals say they prefer this social media platform when developing flu campaigns. 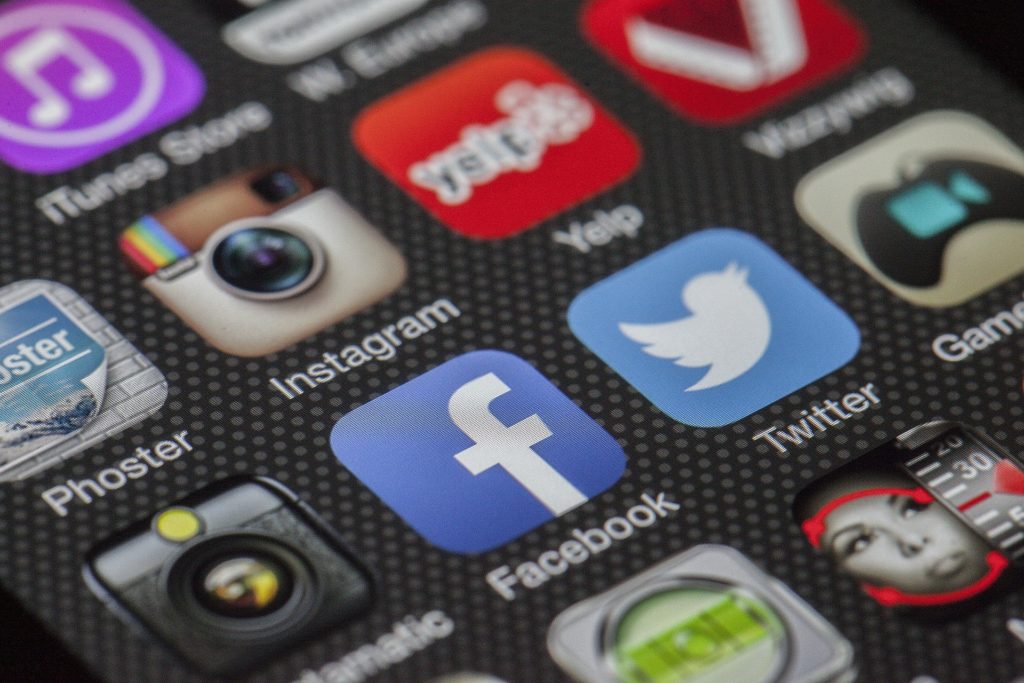 VIRALITY
The virality coincides with the amplification of the visibility of a content by the users as a consequence of the subjection received, that is, having dedicated time and attention to that specific content rather than to another. Since time and attention are two scarce resources, in the panorama of the unstoppable flow of content on the Web, and as users are members of several communities at the same time, the implementation by them of viral actions such as appreciation, comments, sharing, ecc. constitutes a surplus of attention to the very valuable content for the company, which can exploit the meta-content created by the user hired to expand their engagement base. Writing for the target means abandoning the merely descriptive messages to make room for contents that illustrate opportunities, advantages and are vehicles for change.