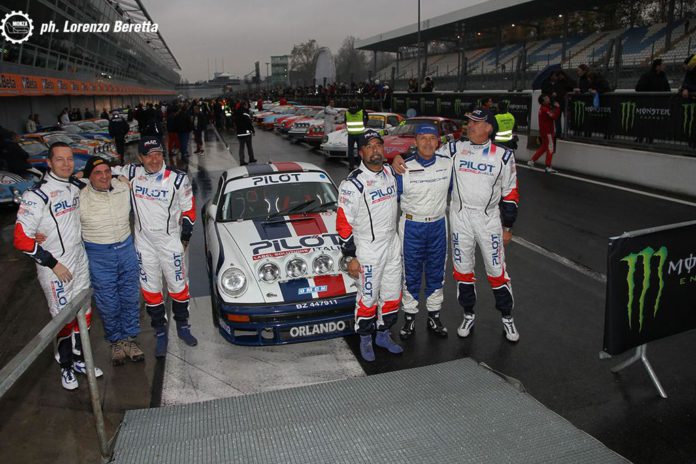 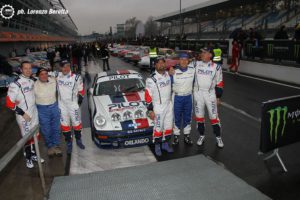 Pilot Italia loves challenges: they have become an inherent part not only of its professional life, where it is working in self-adhesive label print, but also in a field where challenges are bread and butter. Sports competition, and in particular motorsport. For over thirty years, Pilot Italia has been accompanying two fellow travelers, drivers and friends Marco Spinelli and Ivan Capelli enthusiastically. In 1993, the company started supporting the two drivers’ adventure and has accompanied them into their amateur and professional evolution in Formula 3 and Formula 1 races. Monza Rally Show in November 2014 was the latest occasion to race and share such strong experiences that just a race car can give. The desire to share all that has been very high over time. That’s why 2015 will be for Pilot Italia the year of the EXPO and Ipack-Ima, and again a brand new occasion to share its passion. The year has started with a one-of-a-kind adventure: Champions Race. Pilot Italia enables you to experience a Nascar car. Nascar is the most popular car racing competition, started in 1948 and grown exponentially as to become the major motorsport in the USA. It accounts for 75 million fans and 100,000 spectators at the motor-racing tracks on average. On this occasion, the Nascar racecar of Pilot Italia will be equipped with a right-hand seat for anyone willing to plunge into this adventure and be guided by the expert hands of drivers Ivan Capelli or Marco Spinelli. Moreover, for those who feel like doing it, it will also be possible to drive the car next to the drivers and be on the line all the way. Pilot Italia has already started collecting registrations. It is also a matter of experience, for success is very often fruit of ideas, enthusiasm, trust and sharing.