The full replacement of animal testing methods still needs a strong commitment by the stakeholders. Results and prospects about one of the most challenging area for the research and for the cosmetic industry. After the animal testing ban for cosmetic industry came into force, as planned by the Regulation EC 1223/2009, still many challenges are to be dealt with.

The first concerns the research, which must provide suitable alternative methods for toxicity endpoints, with particular consideration for those effects related to systemic toxicity (such as repeated dose toxicity, including carcinogenicity and skin sensitization, reproductive toxicity and toxicokinetics).

This purpose encouraged huge investments in Europe, both public and private, with a great commitment of the cosmetic industry. The challenge also concerns the validation process, in order to shorten the time requested by the regulatory acceptance of alternative methods as soon as they are available.

The third challenge is at the level of normative harmonization, in a cosmetic market developed on a global scale, but in a world where many countries still request animal testing in order to commercialize the products. If the purpose is to go beyond a toxicology based on animal testing, an approach that science is questioning, perhaps the real challenge is indeed cultural. We interviewed Costanza Rovida, toxicologist, whose role in REACH Mastery is to assist the companies in the REACH setting. She also works in the CAAT-Europe, Center for Alternative and Animal Testing that together with CAAT-US, is organizing an imposing movement of scientific and cultural resources in order to reinforce a combined assessment system of chemicals toxicity evaluation, excluding animal testing data and including testing strategies based on human physiology centered models.

Which initiatives is CAAT focusing on?

One of the objectives is to foster the Tox21c approach also in Europe. The paradigm shift was developed in the US back in 2007 and it asks for in vitro high throughput methods based on human cells to identify the risk for human health due to chemical product exposure. In the eyes of research we are working on in vitro 3D cellular systems simulating parts of human physiological apparatuses, with the possibility to mutually connect them in a multiorgan structure.

It’s a promising area of work, with many problems still to be resolved. How to combine the results  is an important matter, since this kind of investigation cannot be carried on with only one kind of test.

Eventually there is the problem to infer what happens in vivo from the results in vitro, both correlating dose with toxic effect and trying to understand what kind of systemic failure can be caused by a certain effect seen at cell level. In order to understand what kind of disease can be caused by a biomarker expression variation following the exposition to a chemical substance, still many basic steps are missing.

What does the research activity miss to achieve all the necessary endpoints, at least in the cosmetic branch?

Some endpoints are still far from achievement, but the work is in progress. Available data nowadays comes from animal testing, but we need a method which is validated on human. It’s not a coincidence that most advanced methods concern skin sensitization and acute toxicity, since this areas of study have many data available (in the first case deriving from accidents or suicide attempts by poisoning, collected and recorded worldwide, and in the second case deriving from patch tests).

On the other hand problems as repeated dose toxicity, neurotoxicity, reproductive toxicity still have insufficient data; only few substances have a well-known effect on humans. Another problematic step concerns the dosage: it’s difficult to deduce a harmful dosage for the organism starting from the data obtained in the cell systems.

Are the available alternative methods used in routine practice?

Unfortunately not yet. It is necessary to imagine a new idea of toxicological screening and reinforce new data interpretation methods. This will be part of companies routine work only with a strong will of regulatory authorities.

Firstly, useless animal testing must be condemned; this is currently provided for by the law but it’s not happening. Thousand animals are still uselessly sacrificed for the compliance with REACH; e.g. in the field of skin irritation, despite the availability of validated alternative methods, 101 tests were run in vivo during 2013. This is unacceptable, and the fact that applicable penalties were not implemented is even more unacceptable.

On the other hand it would be useful the official abandonment of animal testing methods as soon as the equivalent alternatives are validated. In effect many companies do not use alternative methods because they do not want to change their own procedures.

Talking of cosmetic industry, for example, I’d expected something more innovative and more effective from the guideline The SCCS Notes Of Guidance For The Testing Of Cosmetic Substances And Their Safety Evaluation, published few months ago, considering that such document is addressed to a branch in which an animal testing ban is in force.

How should regulatory authorities approach change?

Regulatory authorities should take cognizance that the key for the understanding of a substance toxicity is its mechanism of action inside the organism, not the response to it observed in a mouse or in a rat.

Data from animal testing are often questionable; however, they are exploited instead of admitting that at the moment we don’t have informative tools to investigate the toxicity of determinate substances. This is particularly true for extremely complex systems: endocrine system toxicity remains completely unknown for certain substances, with contradictory literature evidences.

Regulatory authorities must now accept alternative strategies, inasmuch validity and limits are well known, proven by scientific studies. Furthermore I consider no more acceptable to separate scientific problem from ethic problem: before starting a testing program it is necessary to identify the most scientific and together the most ethic method.

The problem of standard harmonization

Cosmetic industry is concerned about the possibility that European unilateral decision to ban animal testing could cause trade barriers in the global cosmetic market.

We asked Costanza Rovida if it would be possible to foresee tangible prospects of norm harmonization in the direction that Europe decided. 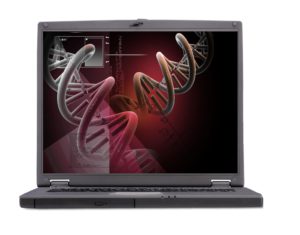 «Unfortunately China still requests animal testing. USA also seem willing to approve a protocol so that a new cosmetic ingredient needs a significant number of animal tests; should this enter into force it would be the opposite of what’s happening in Europe. Harmonization remains a problem at present. European authorities have to take the challenge with purposefulness in order to foster a radical change of direction towards the ban of animal testing. The large norm effort to achieve the goal of animal testing ban and the huge research investment to develop alternative methods must be followed by a stance toward other markets, otherwise the work done until now could be squandered. Europe has allocated resources in research projects, but has not invested yet in implementing the results in everyday tasks: this should be the next urgent step».

«I believe that cosmetic industry is close to the objective of completely avoiding animal testing -Costanza Rovida says. –In many instances it is possible to prove the absence of transcutaneous permeability, which excludes systemic toxicity effects in the normal use of most cosmetics.

It will be necessary to avoid some ingredient and to quicken finalization of new methods especially in the field of skin sensitization. Some methods are in a well advanced stage of validations, like the DPRA – Direct Peptide Reactivity Essay, the hCLAT and the Keratinosens.

Concerning mutagenesis several in vitro tests are available and they can give important indications about substances activity. Repeated dose toxicity remains an important endpoint not to be disregarded, it is still a weak point. Cosmetic industry must face a relevant problem related to REACH. REACH registrations are still conducted with many animal tests, with little attention by the registering companies to the future use of substances in cosmetics».